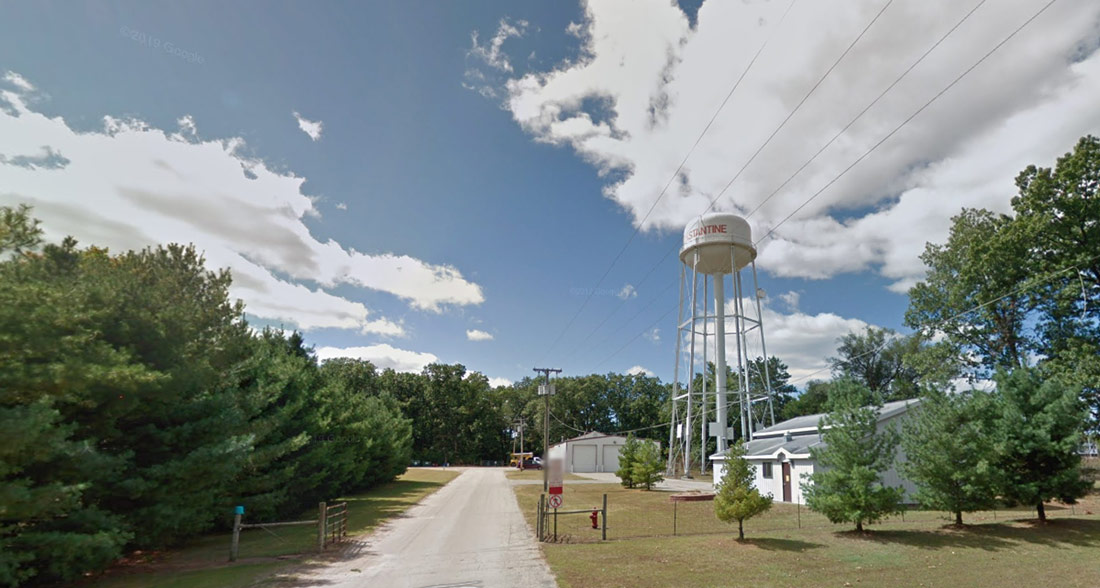 The Department of Public Works (DPW) is staffed by 3 full-time employees and one part-time employee. The department maintains the village water system, sewer collection system, streets and alleys, parks and buildings and grounds. In winter, they plow village streets and sidewalks. In autumn, they collect and compost leaves. During summer, they chip brush, and trim and remove problem street trees. The village has a long-established equipment fund that provides funds for the maintenance and replacement of the DPW equipment.

The village water supply comes from 2 underground wells. Two twelve (12) inch wells are rated at 500 GPM. The system also has a 150,000 gallon elevated storage tank for reservoir and to maintain system pressures. In 1998, the village began the operation of an iron and manganese removal plant which removes these two materials to nearly undetectable levels before water is pumped into the system. The distribution system has 15.8 miles of water mains in various sizes from 4 inch to 12 inch, the majority of which are constructed of ductile iron pipe.

The Constantine street system consists of 13.8 miles of paved streets, 4 miles of alleys, and 14 miles of sidewalks. The paved streets were originally a buildup of prime and seal. In the recent years, the village has undertaken a program of re-paving streets with bituminous concrete. The most recent 5-year program is approximately 75% completed.

The village does not involve itself with household refuse and does not license private haulers. Residents are free to contract with the refuse hauler of their choice. The village collects leaves in the fall using a leaf vacuum truck. Residents are responsible for raking leaves to the street edge. Raking to alleys is not allowed except for those residences facing Washington Street. The leaves are spread on fields or are composted. The village provides a weekly brush pick up during the spring and summer and after major storms. The brush is chipped and stockpiled at the Village compost for resident’s use.